The Irish Horseracing Regulatory Board is the regulatory body for the sport of horse racing in Ireland. The body, which is a limited company, took over the regulatory work previously carried out by the Turf Club and the Irish National Hunt Steeplechase Committee on 1st January 2018.

The IHRB has a vision to be the best regulatory body worldwide, the regulator that sets the standard.

The primary role of the IHRB on race day is to appoint stewards and officials to ensure that the rules of racing and Irish National Hunt Steeplechase (INHS) rules are complied with.

One of the race officials that are a vital component of every race day is the Clerk of the Scales. This official is responsible for weighing out and in the riders for each race thereby ensuring horses carry the weight allocated to them in the race. They are also responsible for ensuring that the rider wears the correct colours and for reporting any overweight carried by the rider.

Up until now – the process of weighing in and out was all done on manual scales with written notes. On a typically busy race day it was always a challenge for the officials to ensure that an error didn’t occur and because the data was all recorded manually, there was always a potential risk for error and or disagreement over what the scales said either going out or coming back from a race.

All the weight data was later manually recorded onto a computerised system to maintain records.

This manual recording system is typical of the way it’s done everywhere, but in the interests of driving greater efficiency and transparency in the system of recording and maintaining weigh-in data, the IHRB sought to find a better way of managing this process.

They wanted to digitise the process so that the weighing in and out would be a digital exercise. However, they were particularly concerned about the issue of security and data integrity. A manual system has its drawbacks, but it was well understood by everyone – the officials and the riders alike. The IHRB were very concerned that any new system would be easy to use for the race officials and easy to understand for everyone being weighed etc.

In addition to this, security was of paramount importance. The weight data can have serious implications for the outcome of a race and the potential for disputes or penalties is a major issue at every meeting. The new system had to be as tamper-proof as possible and provide the IHRB with total peace of mind that it would only enhance the integrity of the weigh in process and in no way pose a threat, or cause concern for anyone.

After looking for an off the shelf application that could help solve this challenge, the IHRB found that there was nothing suitable out there, so they went to market to build a solution from scratch, in late 2017.

CommSec Communications and Security won the tender process – in large part because the team in CommSec are primarily a security services business and approach everything they do with a security-first methodology. CommSec were the only tenderer that could provide the ability to build the new application with the greater understanding of security and data integrity that the IHRB needed.

Thus began a lengthy fact-finding exercise to scope out the exact requirements of the new system and how it would best suit the needs of the IHRB.

The new system creates an entirely digital process from start to finish and its greatest strength is its simplicity. The weighing area now has a flat screen TV on the wall, which is connected to a tablet device used by the Clerk of the Scales on race day. Each time a rider is now weighed, it’s done on a digital scale, with the weight being recorded with the push of a button on the tablet and the data is visible on the TV screen on the wall, so everyone else in the room can see what it is.

The weigh in data is then immediately fed into the central application server back at the IHRB IT facilities, so there is no manual recording or intervention possible.

The solution was built over a six-month period and after extensive testing, the first system went live in January 2019 and is now being deployed at every racecourse in Ireland.

Key points to the solution:

The IHRB now has a cutting-edge system to help the Clerk of the Scales to operate much more effectively on race day, with much greater peace of mind that data recorded is protected and securely recorded in digital format, in real time.

The new system is saving the IHRB significant time, money and greatly reducing the risk of a data breach.

The IHRB has a vision to be the best regulatory body worldwide, the regulator that sets the standard. The new Scales application has done just that. It has demonstrated that the IHRB is a regulatory leader; a standard setter their industry, worldwide.

This system was developed and implemented by CommSec – a security and communications services provider barely five years in operation but demonstrating that security-first applications can solve business problems and deliver massive benefits for a relatively modest investment.

CommSec have provided this project as a comprehensive service – doing everything from solution design, to application development, to roll-out and the ongoing support and development of the system.

As part of their commitment to the highest standard of data integrity and good governance, the IHRB is now using CommSec to provide Data Protection Officer as a service (DPO) and Chief Information Security Officer (CISO) as a service to CommSec.

Next steps for the IHRB Scales system and the wider IT environment are the rollout of a continuous security monitoring system, managed by CommSec from their Security Operations Centre (SOC).

“David McNamara and his team in CommSec are now considered strategic partners of the organisation and we look forward to working with them into the future. They see the big picture – the technical side of security and the commercial environment we operate in. I couldn’t recommend them highly enough.”

This project was shortlisted in the 2019 Tech Excellence Awards, in the category of “Project of the Year – SME” 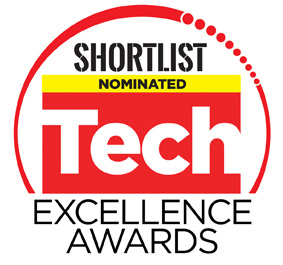